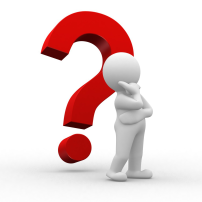 Below is a media advisory that was released on October 20, 2016 by Tom Wagner in response to media inquires. Thanks Kevin Ohlandt for posting this on Facebook. The Auditor’s Office is going to comp employees time to get the Indian River Investigation/Audit Report done. I started emailing (see below email) Tom Wagner back in May 2016 right after I learned about Indian River’s CFO. To the Auditor’s Office: How about getting an investigation/audit done because of inquires from the General Assembly.

Miller also had been audited in his previous job as chief financial officer of the Brandywine School District. He faced criminal charges as the result of that audit and resolved his legal troubles by entering a no contest plea before Superior Court Judge Carl Goldstein. How was this guy even able to obtain another state job in one of our school districts, that is the question that we all should be asking? In this article, it states that Miller will be in a position a year from now to seek under another state law, to have the criminal record resulting from the charges expunged. Unbelievable!

Dover, Del. – In response to media inquiries regarding the Auditor of Accounts’ (AOA) investigation into the Indian River School District, members of the media are advised that AOA intends to release its report in advance of the District’s referendum vote scheduled for Tuesday, November 22, 2016.

State Auditor R. Thomas Wagner, Jr. has authorized compensatory time for individuals working on this investigation in an effort to expedite the release of the report.

The facts are shocking and should be an embarrassment to the charter industry.

Here are just a few of those facts, from official data:

25% of Massachusetts charter schools have zero full-time special educators, as compared to only 3% of public schools.

67% of the “districts” with the lowest service to students with disabilities are charter schools.

Students with disabilities enrolled in charter schools are three times as likely to be disciplined as students in public schools (14% vs. 5%).

91.3% of the districts with the highest rates of disciplinary actions for students with disabilities are charter schools.